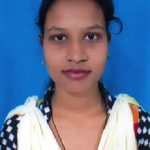 Rejina Khatun was born and brought up in a very poor family. Though she belongs to a poor family she was a bright girl. But her parents did not understand the value of education and did not allow her to continue her studies. They forcibly stopped her studies and engaged her as a housemaid. In this way she discontinued her studies.

In the mean time she came in contact with the authority of KGBV Mandia. A team was sent to her parents and they were pleaded to send her to this institution to pursue her further studies. But they did not agree as she became one of their earning source. After continuous efforts made by the authority her parents finally agreed to send her to this institute and thus she resumed her studies. Under the careful guidance of the teacher she improved herself day by day. Along with her studies she could perform well in other co-scholastic activities. She was a very good athlete. She was a good debater as well as good artist. She was also good in cutting and knitting and flower making.

She had been studying here for three years. She completed her education here with flying colours and got admitted at Dhakua High Madrassa. She appeared in HSLC final examination in 2015 and got star mark securing letter marks in five subjects. At present she is reading in H.S 2nd year in science Stream in Barpeta Govt. HS School. 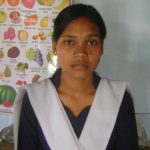 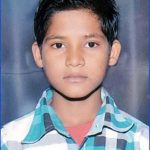