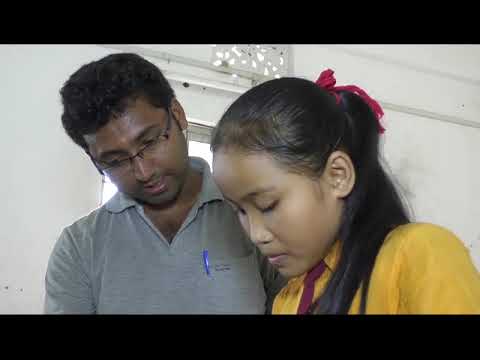 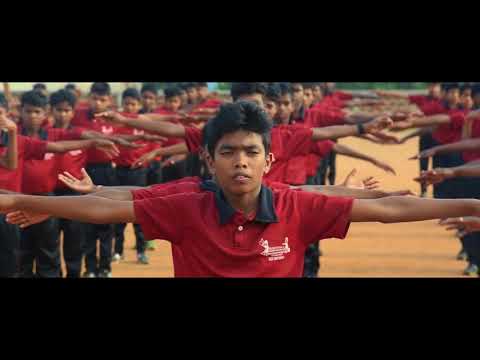 Krishna Khandyat (ST) Child of a Daily Labourer & Snajeeb Naik (ST) an Orphan Child got enrollment in the Urban Deprived Hostel during the year 2012 in Class-III and Class-IV respectively.  Prior to the admission to the urban deprived hostel they were not regular due to poor economic condition.

After getting admitted in the Hostel they availed all the facilities provided through Sarva Shiksha Abhiyan. For the overall development of children a number activities and skill development camps etc. were organized at the School level. The SMC members of Barbil Nodal UP School in collaboration with an organization namely Marshall Art Security of Barbil Muncipality took up Kick Boxing (Sanshou) training programme at the School level.  Krishna Khandyat & Snajeeb Naik along with  few others students of urban deprived hostels of Barbil Nodal UPS were provided training of Kick Boxing (Sanshou) from 2013 onward.

Both the students are happy with their success and thankful to the SMC members for their active Guidance and support. Moreover, they feel that SSA & Urban Deprived Hostel of Barbil Nodal UPS, Barbil has provided the opportunity & much needed scope and platform for their achievement. Now they are preparing themselves for the upcoming state level championship.

Miss Priti Paikra was a student of Kasturba Gandhi Balika Vidyalaya, Sarganva, District Surguja. She belongs to very poor family. She is a very good swimmer. She has participated in various swimming competition at district, state and National level. She Participated in Junior National Swimming completion in 2014 held at Bhopal. She lead State team in 41th National School Swimming completion. She won the gold medal and silver medal in 400 mtr,  800 mtr and 1500 mtr free style swimming.

She says “ I learned a lot in KGBV. Without support of my teachers it was not possible to become a good swimmer. Now I want to be national swimmer and would like to win a medal for India in Olympic game”. 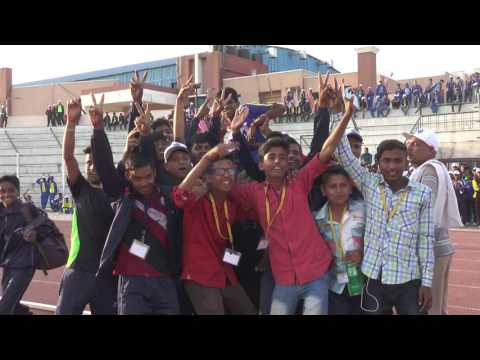 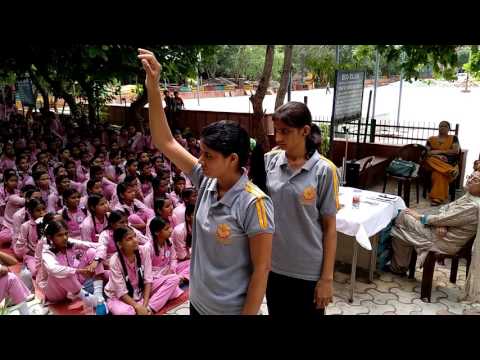 Girl students being trained in self defense – Delhi (SV5666)

KGBV girls being provided coaching in their hostel

KGBV girls being provided coaching in their hostel

I am Mohd. Rashid a resident of Khichripur village (East Delhi). When I was in class III, I was forced to leave my studies due to illness of my father. My mother opened a shop for selling glass bangles. This was the sole means of livelihood for our family. After dropping out of school, I used to always remain at home and hence became very naughty. My mother was very upset and always kept worrying about me.

One day a survey was conducted by SSA in our locality and I came to know that all the children who had to discontinue their studies can have the opportunity to go to school again.

I was motivated by my PET sir and my teacher towards sports. Although our school has no playground, but PET sir used to take us to the nearby stadium for training.

I developed a great interest in Kho-Kho. I participated in the competition organized at the Zonal level and secured third position. Now, I have got a new direction in my life. I study very well, in addition to participating in various sports competitions.

I dream to excel in sports and to make my parents proud and bring laurels for my country.  Presently I am a regular student of class VII in Govt. Co-Ed Sr. Secondary School Khichripur.